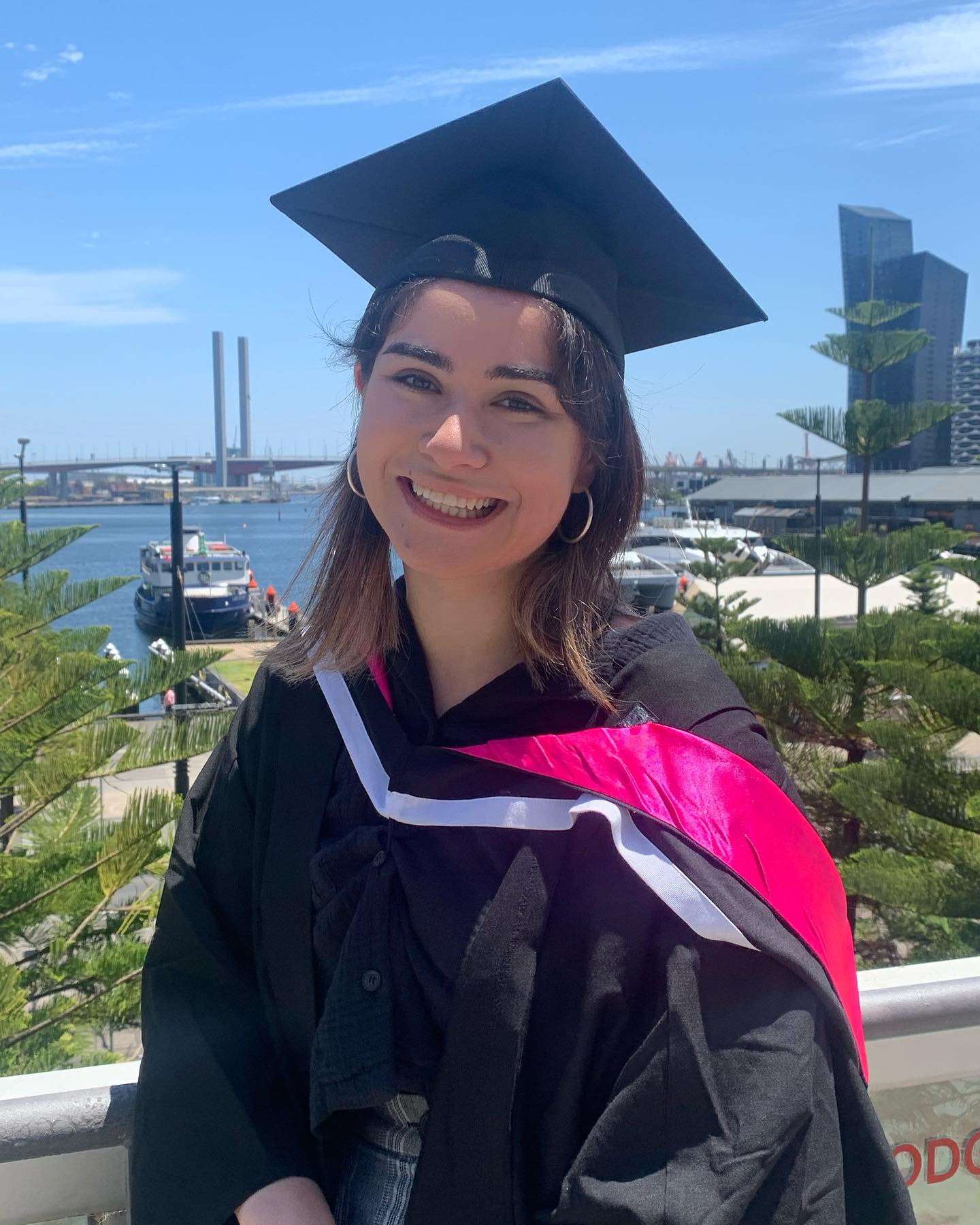 Eleni graduating with her Bachelors in Communications (Journalism) at RMIT University in Melbourne, Australia

Eleni Thomas is an Australian Journalist who spends most of her time covering gaming and pop culture. She currently writes full time for Dexerto, and is also an Executive Producer of the Melbourne based gaming radio show Player One

Eleni has also done consistent work as a freelancer for outlets like Stevivor, The Gamer and Man Of Many

Featured below is her most recent published work. For a more focused and extensive browse, a breakdown of her work and the publications she has written for can be viewed via the tabs.

Explore a featured selection of my written, audio and visual work below. 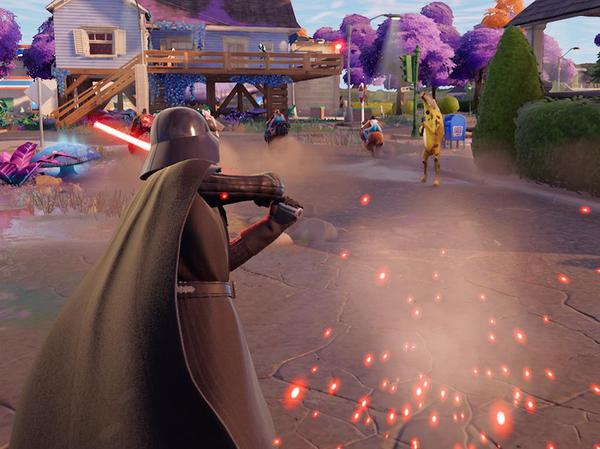 Fortnite fans, it’s time to put your party hats on! Following the recent season end event, Collision, Fortnite Chapter 3: Season 3 is live and ready for gamers to let loose and explore. Given the large-scale war that took over the map last season, this new season seems much more chill and relaxed. Chapter 3 Season 3: Vibin, introduces new content for players to dive into. A bunch of new skins have been made available, two of which centre around some iconic movie characters. While all the details 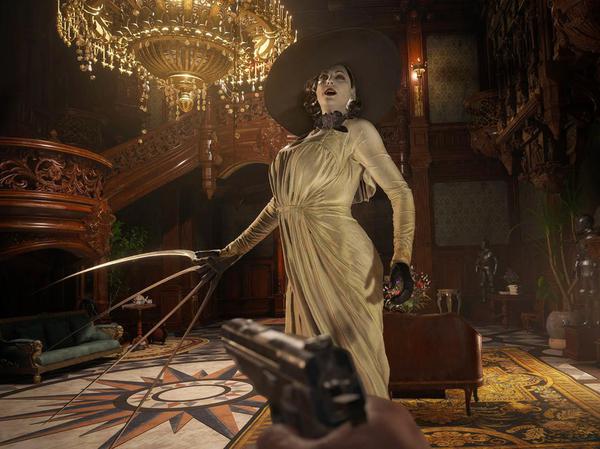 Another big announcement coming out of this year’s PlayStation State of Play. Capcom revealed that their 2021 action-horror title Resident Evil: Village, will be getting a virtual reality port for the up-and-coming PSVR2. The minute and thirty-second trailer showed gave gamers a taste of what to expect from the VR experience. The visuals look crisp, and the gameplay and gun mechanics look exactly like what you’d expect. Fans online were quick to express their excitement. Gamers took to Twitter a 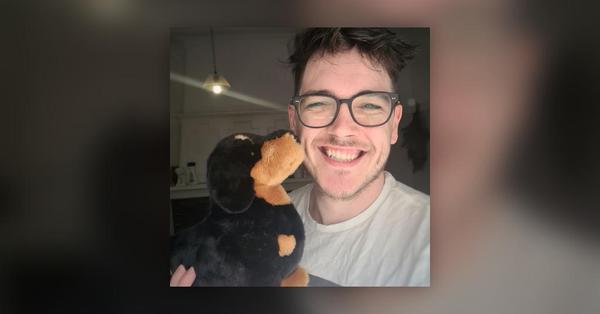 Another Player One Interview is here folks! Eleni spoke with Matt, AKA Walkrman, about horror games, streaming and so much more! Tune in to hear their chat in full. 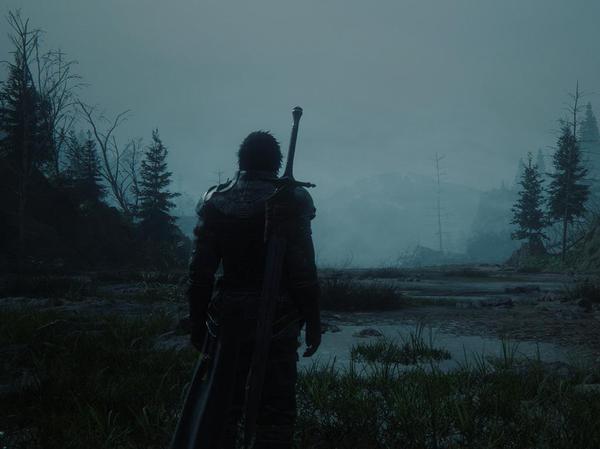 Final Fantasy fans were finally given a trailer for the upcoming Final Fantasy XVI title. As a part of PlayStation’s State of Play 2022 event, Developer Square Enix debuted a fantastic, action-packed first look that well and truly reignites excitement for the game. The three minutes of footage shown in the trailer revealed impressive visuals, combat and so much more. Better still, it appears combat and gameplay will take place in real-time, looking extremely crisp and fluid. This developed and m 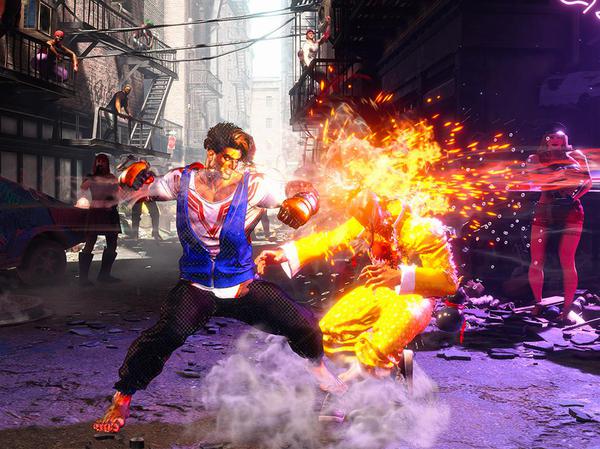 Get ready to sweep the leg and button-mash, Street Fighter is back. At Sony‘s monster State of Play event late last week, the entertainment behemoth unveiled the first look at the newest iteration of the hit combat fighting game. The first Street Fighter 6 trailer shows off an exciting mix of gameplay and cinematic footage, confirming a 2023 release for Xbox, PlayStation and PC. You’ll also like: PlayStation’s hit ‘Spider-Man’ Titles Are Headed To PC New To Netflix in June 2022 Sony is Re 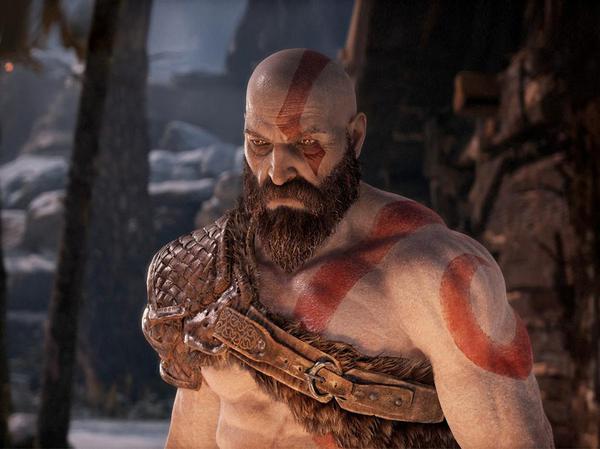 Even more video game adaptations are on the way, folks! Sony has confirmed that it will be adapting three of its biggest gaming properties, the Horizon series, God of War and Grand Turismo, into TV shows. As first reported by IGN, a God of War series will be making its way to Amazon, while an adaptation of the Horizon games will be a Netflix production. It is also confirmed that a Gran Turismo TV show is in development, however, details of which streaming service it’ll be available on have not y 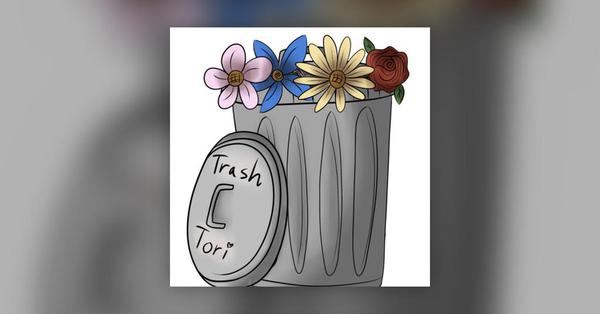 Gaming and Twitch Talks with TrashTori - Player One

Eleni is back with another interview, this time with Aussie Streamer TrashTori! Tune in to hear them chat about The Last of Us, Zelda and of course all things streaming. 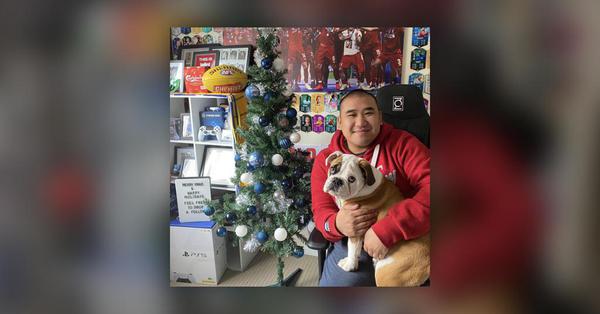 Calling all FIFA fans! Eleni sat down and spoke with Vernie Valentos, AKA Blue Rukus on Twitch. Tune in to hear them chat about the FIFA games, the streaming community and why it's finally time we get another good AFL video game. 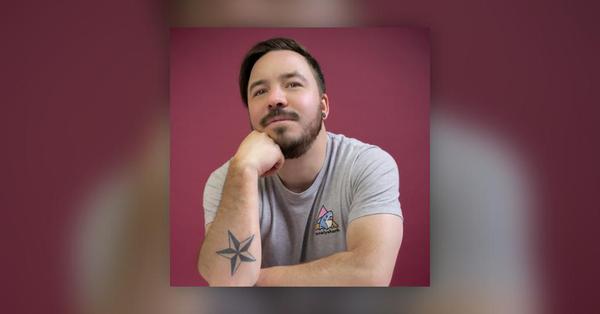 Eleni spoke to Melbourne Streamer and Content Creator Lonely Shark about all things horror games and why he loves streaming the genre. Listen as he also shares his hot tips on how to get into streaming. 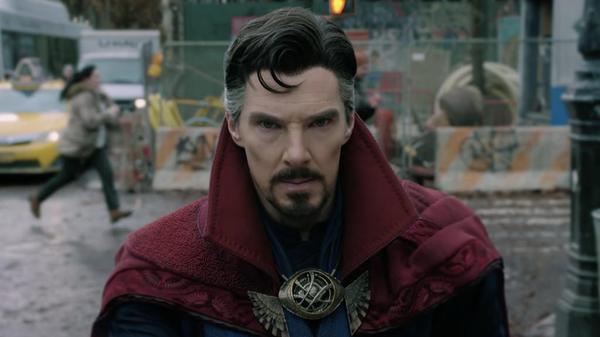 The multiverse takes centre stage... but does it really? Director Sam Raimi brings to life the multiverse in a dark and thought-provoking fashion. The iconic horror (and superhero!) director employs great artistic direction, paired with committed performances from its stellar cast, to form the crux of the heart and soul of the film. That said, the journey through the multiverse unfortunately struggles to hold all its elements together to make a winning formula. While the film is filled to brim 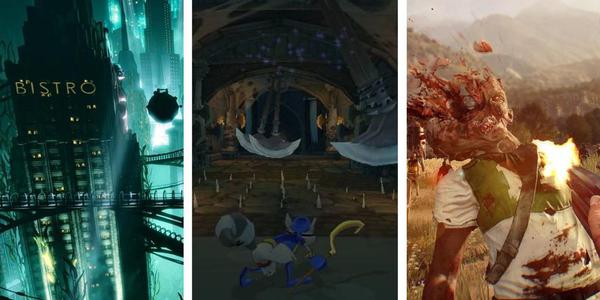 7 Games That Need A Prequel

Often when a video game is successful and well-received, a sequel or even multiple will be created to further build on the lore and narrative of the original title. However, when developers create a brand-new universe for players to fall in love with, a rich history is usually expanded on and laid out to create a more immersive experience for gamers. Many gaming franchises have created prequels as ways to tell the history of a game series, and flesh out narrative points and moments that are oft 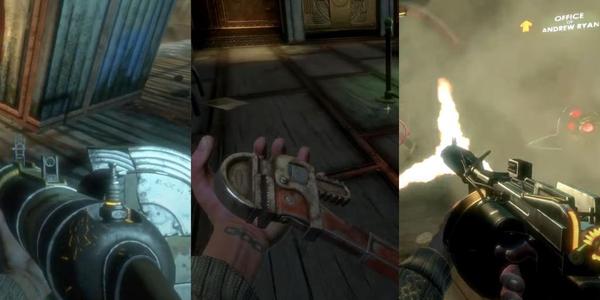 While Plasmids are of course a central part of the combat in the first BioShock, the game offers up a great variety of weapons for Jack to use when traversing through the depths of Rapture. With seven weapons to find and use throughout the game, BioShock places just as much importance on the guns used as it does the genetically modified elements shooting out of Jack’s hand. While all weapons can be upgraded and enhanced, some deserve more focus and attention than others. After all, managing and 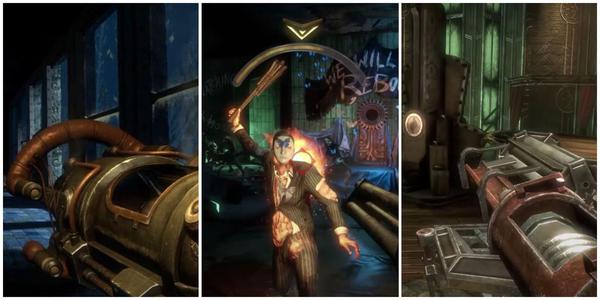 Ranking All The Weapons In BioShock 2

Despite initial reception to the game, BioShock 2 has become a beloved and appreciated title in the gaming community. While many felt it didn’t live up to the success of the original BioShock, something the sequel did manage to improve on was combat gameplay and mechanics. While the game features many of the same Plasmids from the original, BioShock 2 protagonist Subject Delta is given a whole new range of weapons to fight his way through the underwater city of Rapture. While not a damage-focu 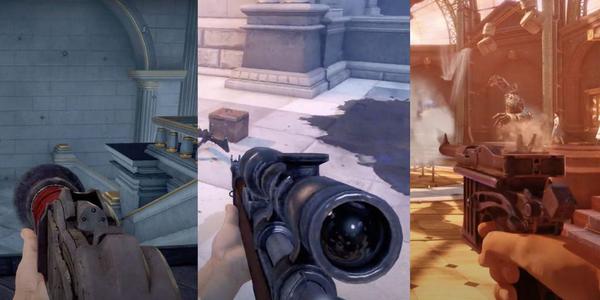 BioShock Infinite includes more weapons that any other BioShock game, offering greater opportunity for variety during combat. Throughout the game, different weapons will become available for Booker to use as he journeys through Columbia. Some of these weapons prove useful and effective while others are better used a last resort. Unlike the first two games in the series, Booker is only able to hold two guns at a time rather than having all weapons at his disposal. Therefore, picking the right gu 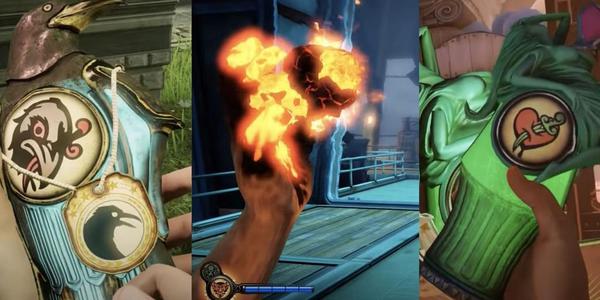 One of the things that set the combat of Bioshock 1 and 2 apart from other shooters was its use of Plasmids. Serums that altered the genetic make-up of the people of Rapture and allowed them the ability to shoot things out of their hands, including but not limited to electricity, fire, and even a swarm of bees. Bioshock Infinite introduces Vigors as the equivalent to this combat feature. And while there may only be a little amount on offer in Infinite, some Vigors are as effective as they are u 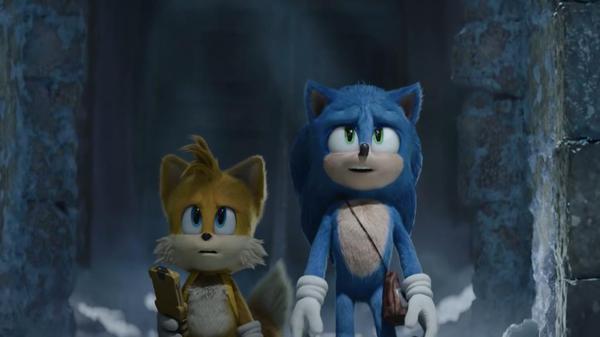 Sonic The Hedgehog 2 Review: Struggling to run in the right direction

A film that chooses to play it safe instead of going the extra mile. Sonic is one of the most recognisable gaming characters and franchises of all time. After the surprise success of Sonic the Hedgehog in 2020, the expectation for its sequel rose greatly. Sonic 2 keeps all the positive elements of the first film that people loved, but unfortunately doesn’t do much in the way of building on these elements, simply repeating them. Rather than building up and expanding on these positive elements, t 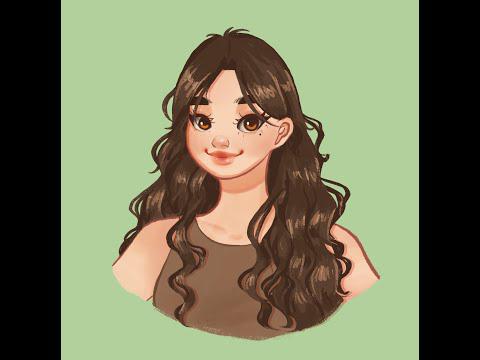 Player One brings you our first Youtube content for the year! Join Player One Co-Executive Producer Eleni as she chats to Elmza, an up and coming Twitch Streamer who loves all things Nintendo. They chat about female representation in the industry, streaming on Twitch and of course, videogames. Want to See more? Check us out: Facebook: https://www.facebook.com/playeronesyn/ Twitter: @PlayerOneSYN Instagram: @PlayerOneSYN Website: www.syn.org.au Check out the podcast! Google Podcasts: https://tinyurl.com/y2jtq3pt Spotify: https://open.spotify.com/show/6Cq5VgP5ZUAN1UHQiTSZFA Apple Podcasts: https://podcasts.apple.com/au/podcast/player-one/id1091841541 Omny: https://omny.fm/shows/player-one 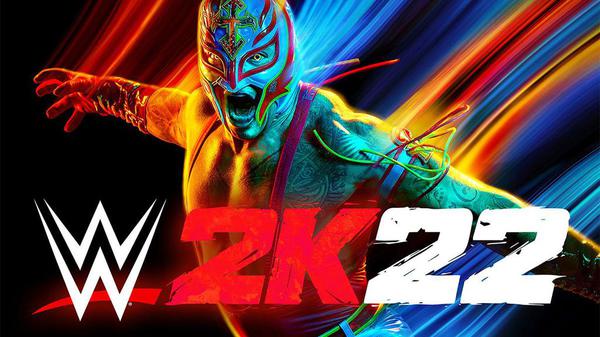 A return to form for the wrestling franchise that players will dive straight into. WWE 2K22 is the best wrestling game in years and arguably the best 2K wrestling game to date — acknowledging its recent shortcomings and year off. It is more polished and complete and serves as a giant improvement from recent additions in the series. While early previews of the game were promising, the game’s release confirms that wrestling and video game fans will have an absolute blast playing through this new 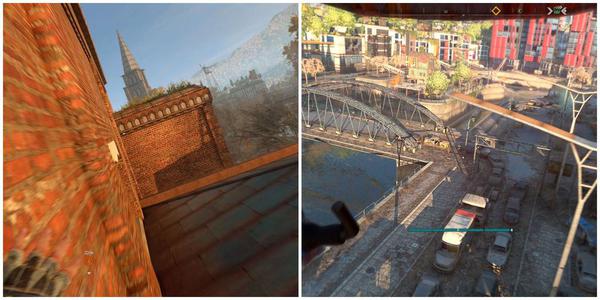 The first Dying Light game was praised by fans and critics alike for its immersive, fun, and diverse parkour system. One that allowed players to traverse through a post-apocalyptic zombie-infested world better than any previous games of the same genre. While some classic abilities from the first game do feature in the sequel, Dying Light 2: Stay Human expands upon its predecessor’s parkour system to offer even greater parkour abilities to upgrade. These skills there in offering even more versat 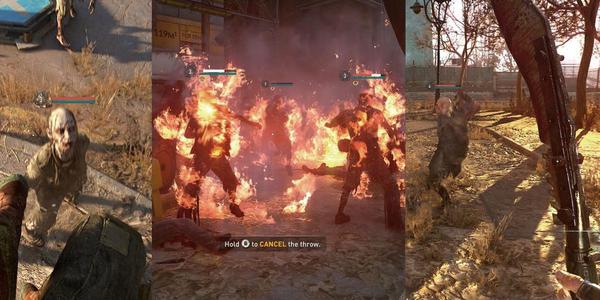 The combat system in Dying Light 2 has been given a major overhaul from the original Dying Light. Now more fleshed out and central to the game, mastering combat is just as important as nailing the parkour mechanics presented in the adventure. RELATED: Things To Do After You Beat Dying Light 2 While of course zombies are the main threat, human enemies and their mechanics can prove challenging at times and are much more present than in the previous game. Therefore, learning and perfecting the di
Load More Articles
Close ✕

My inbox is always open, you can contact me with the contact form here or with the details below: